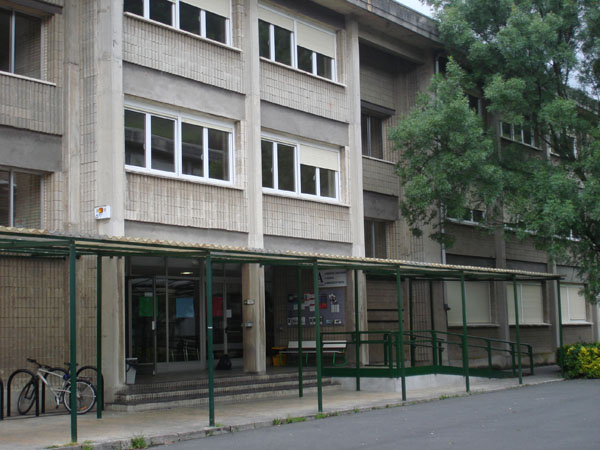 The Tolosaldea Integrated Vocational Training Center is a public educational center located in the neighbourhood of Santa Lucia in Tolosa where it coexists with other public schools (Samaniego Ikastetxea, IES Orixe), forming what is called the Santa Lucia educational complex of Tolosa.

The center also has extensive experience in continuous (for workers) and occupational (for the unemployed) training as well as in the internship programs carried out by students in companies.

The center offers technological support to companies and undertakes joint projects with them.

At the beginning of the century, the CIFP Tolosaldea LHII was originally the old "School of Arts and Crafts". Later on, it continued to function firstly as a technical school and since 1955, as an industrial mastery school.

The relocation of the new building in Santa Lucía neighborhood and the reconversion into a secondary education school provided the center with better and larger facilities.

In the mid 80's, the center initiated a process of approach towards the business world, starting up experimentally internship periods. It was also then that the center committed itself to the anticipated experience of the implementation of the educational reform.

In 1998, the Department of Education reframed the school map of the Autonomous Basque Community and it remained as Vocational Training Center, in order to provide cycles and continuous training.

Also since 1998 and by decree of the Department of Education, our center is part of the network of integral VET centers, whose mission is to contribute to the development of the Basque Vocational Training Plan.

In July 2001, the Department of Education qualified IFPS Tolosaldea as a research and experimentation center in order to develop a project called GUNEKA, to research new organizational and operational patterns for centers that provide initial and continuous vocational training.

In July 2015 the Department of Education appointed it as an Integrated Vocational Training Center. This new legal status grants the center with greater autonomy and turns it into a center of reference.

In addition, it collaborates with, Tknika in the dissemination of quality, with the surrounding companies and the public administrations within the Basque Vocational Qualifications System, as well as with the Basque Job Placement Service LANBIDE.